I am Anthony Eric Mc Allister, Panist, Composer, Arranger and Graphic Artist. Tips…Tricks…Theory, a revolutionary approach to learning to play Pan is the culmination of 50-odd years as a performer and educator of the instrument. My love affair with Pan began in the early 70’s as student at Queen’s Royal College in Trinidad, West Indies. In 1974 I joined the Merry Tones Steel Orchestra, a band domiciled in Diego Martin, Trinidad, West Indies. In 1976, due to my keen interest in arranging I was selected by Merry Tones to participate in a one-week workshop for young arrangers. Held under the auspices of our Ministry of Community Development, this initial exposure to the rudiments and theory of music encouraged me to delve deeper into the subject. In December 2012, I completed and subsequently received in February 2013 a Specialist in Music Theory Certificate from the Berklee School of Music Online Programme. 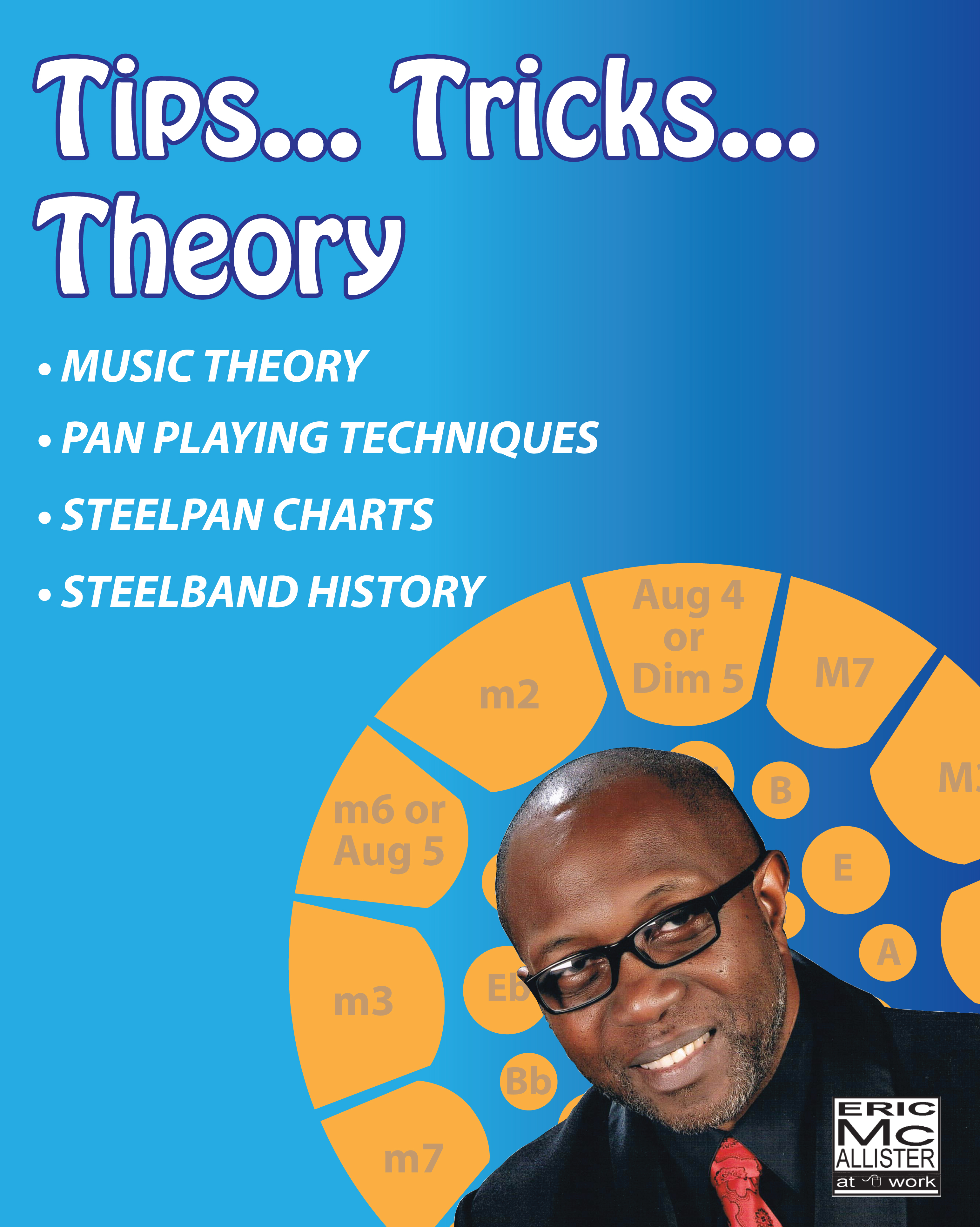