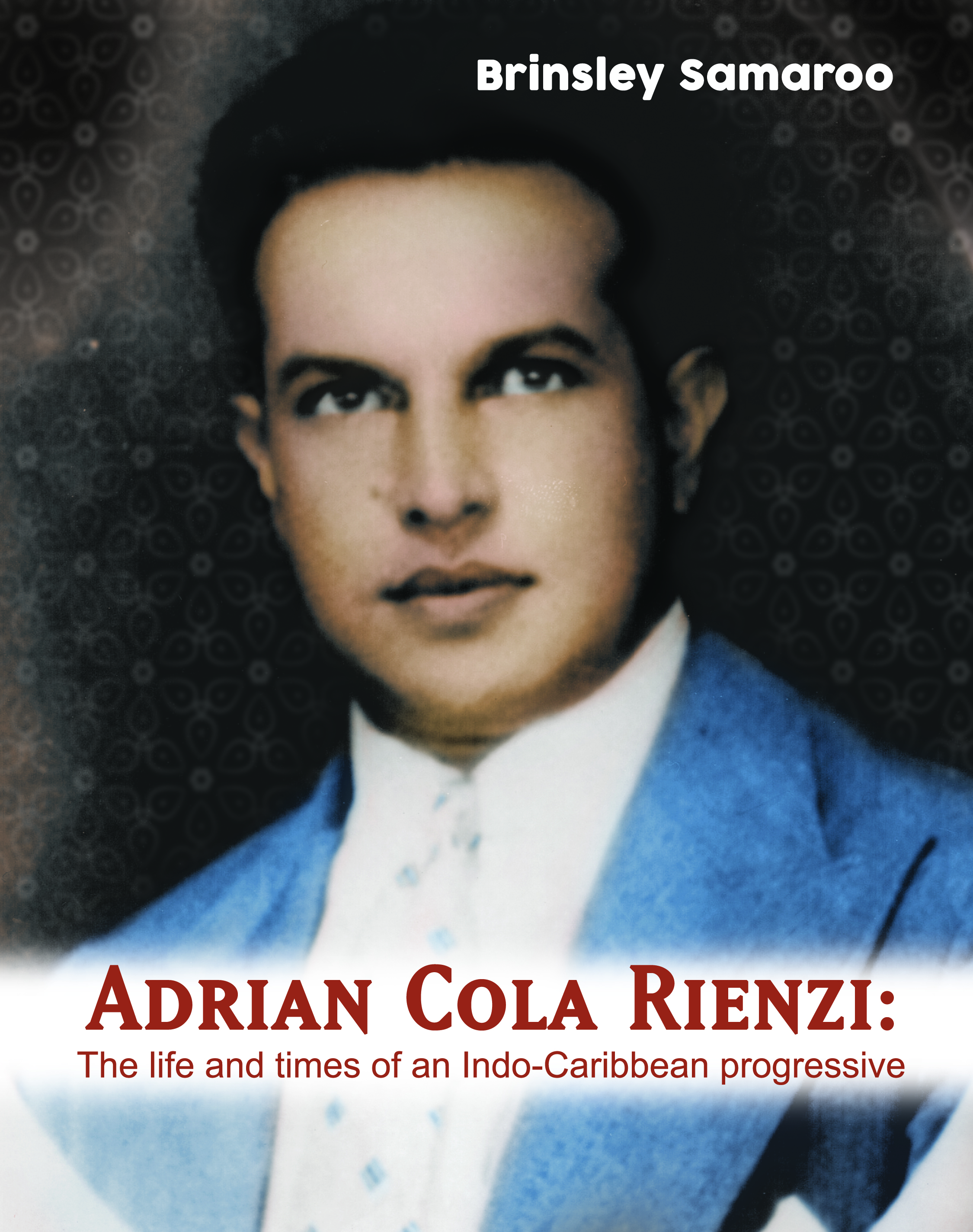 Published By: Royards Publishing Company
Price: US$ 17.50 US$15.40
The trade union movement in the Caribbean has, since the Nineteen Thirties, played a major role in the development of the region.  Faced by the suppressive efforts of an entrenched colonial elite, determined to squelch all workers’ movements, trade unionists fought a long and hard struggle for recognition.  In this struggle, Adrian Cola Rienzi, formerly Krishna Deonarine, was a pioneer who abandoned a promising legal career to create Trinbago’s first trade unions, the Oilfield Workers’ Trade Union and the All Trinidad Sugar Estates and Factory Workers Trade Union.  He was the first President of both.  Working together with the charismatic oil-worker, Uriah Butler, Rienzi provided the legal enablement and patient negotiating skill which sustained both the unions and secured recognition by the state and the employers.  His emphasis on seeing the struggle in class terms rather than in a race context, earned him the “Communist” label which was used to block his struggle at every point in his life.  At the same time, he was proud of his Indian ancestry which he re-enforced through the study of history and his two visits to India to promote commercial contracts and to successfully facilitate the entry of Caribbean students, Afro and Indo, to Indian universities.  That system has continued into our own time.
At the political level, Rienzi brought change to San Fernando as Mayor from 1939 to 1942 and to County Victoria as the elected member to the Legislative Council from 1938 to 1944.  He was the first Indo-Trinidadian to be selected to the Governor’s Executive Council in 1943 before he joined the colonial judicial service in 1944.  In 1965 he retired as Assistant Solicitor General.  Perhaps his major contribution to national development was his persistent campaign to undo the colonial policy of Divide and Rule by constantly stressing the urgency of common struggle by Afro and Indo workers for the betterment of their condition.  The Rienzi / Butler combination of the Thirties was the first successful effort to unite the major ethnic groups and lay the foundations of the trade union movement.  Of course, the Empire struck back and quelled the nascent Socialist movement as well as the inter-ethnic solidarity which Butler and Rienzi had forged.  This narrative recounts the trials and the triumphs which laid the foundations of our modern state.
Author: Dr. Brinsley Samaroo
Category: Non-Fiction
Sub Category: Cultural
Add To Cart Subscription Read Sample Use DC Code Buy Book code
Royards Publishing Company
2022
152
978-976-8303-94-3