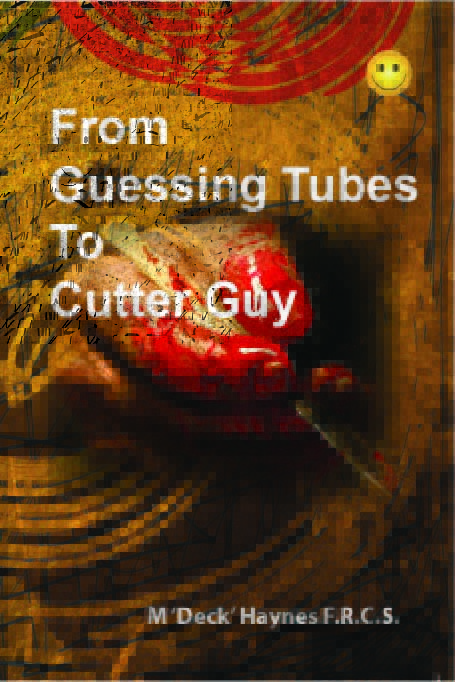 From Guessing Tubes to Cutter Guy

Published By: Royards Publishing Company
Price: US$ 8.00
Despite there being so many Cuttermen in the Car’bean, one isn’t cognizant that there are sufficient compendia covering the relevant eras. The author in some measure makes up for the massive deficit. He has given the readers more than enough grist to appease their perusing appetites. In a go-for-broke, hyperbolic, quasi-poetic style, he depicts his unordinary school days when he could have easily slipped off the rails. He had the sense to focus on academics and become a Barbados Scholar in Latin, Greek and Ancient History. He made the leap and pursued Medicine in Edinburgh which at that time was a six-year course. He qualified and then did his Internship in and around Edinburgh. He stayed on to obtain his postgraduate Fellowship in Surgery. He felt it would be useful to kickstart his career in the exotic island of Trinidad where the Edinburgh-trained David Busby took him under his wing at Port Of Spain General Hospital. After a year he was appointed as a Consultant Surgeon at the San Fernando General Hospital. This book describes the author’s saga from 1948 to circa 1972. He always tried to keep up to date but made sure he found time to play golf when possible. It is a rollercoaster ride and is replete with lessons, joy, and laughter.
Author: Dr. Martin Haynes
Category: Non-Fiction
Sub Category: Biographies and Memoirs
Add To Cart Read Sample Use DC Code Buy Book code
Royards Publishing Company
2021
225
978-976-8303-59-2